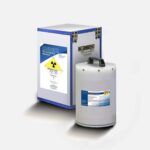 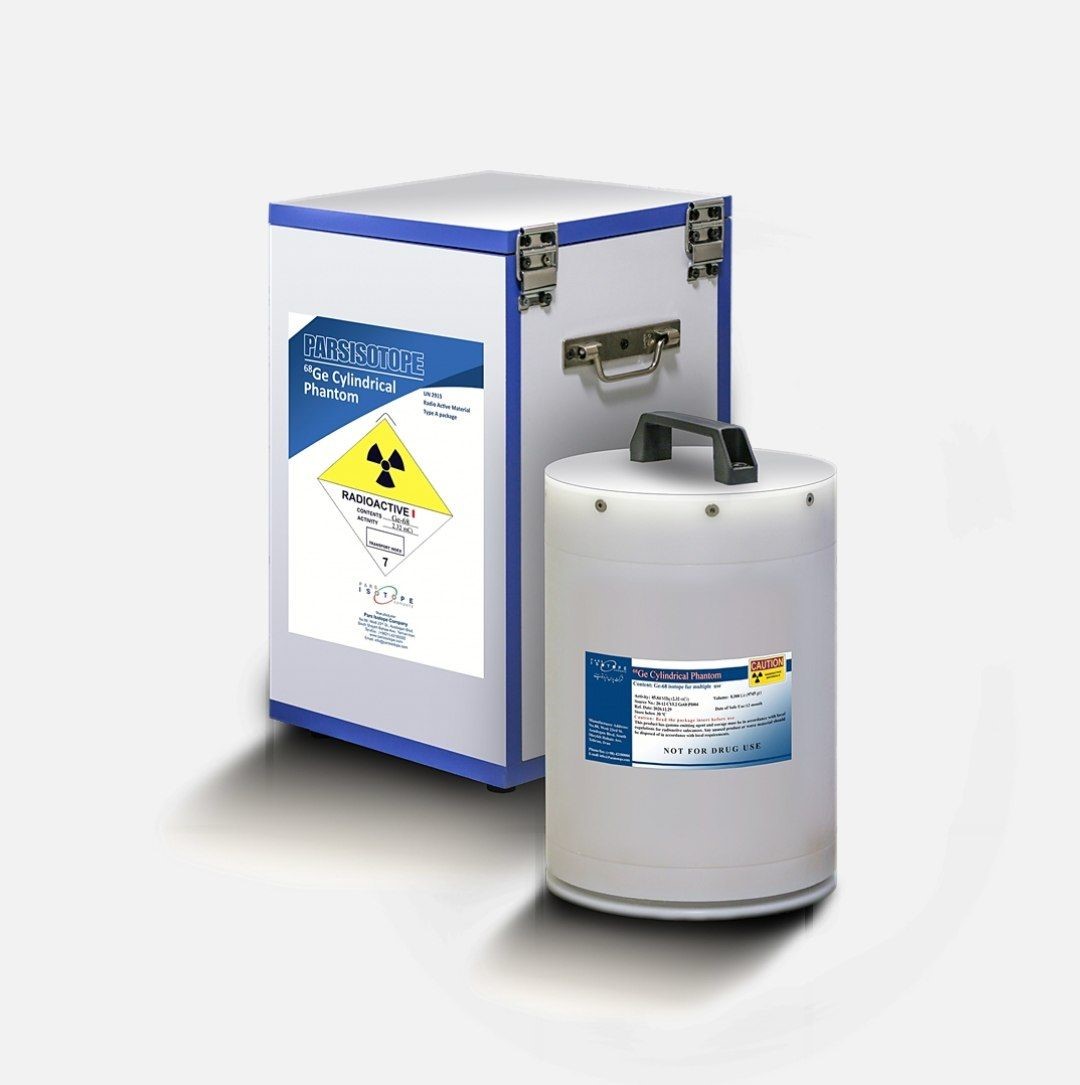 A positron emission tomography (PET) scanner is one of the most modern, accurate and advanced nuclear medicine imaging systems with unparalleled capabilities in diagnosing different types of cancer, neurological and cardiovascular disease. In order to have a proper functioning imaging system, the machine needs to be calibrated and adjusted on a daily basis. This calibrations require a particular set of tools. The Germanium-68 Cylindrical Phantom is one of the tools that is used to perform the daily functional testing.

PET is a functional imaging technique in which images are taken from different parts of the body using radiation emitted by positron emitting radioactive materials with a short half-life, such as F-18 or Ga-68. These examinations attain different goals including early detection of any possible failures in the components of the device (like the detector module). The examination also provides other services like 3D normalization, and receiving test images of the PET system.

In recent years, positron emission tomography, combined with X-ray computed tomography (PET–CT), has evolved from being primarily a qualitative imaging tool to a technique capable of providing truly quantitative data that can assist in diagnosing and monitoring treatment for a wide spectrum of diseases. Such data are also increasingly being used in clinical trials to demonstrate the effectiveness and safety of new drugs under development by quantifying changes in disease progression during the course of treatment.

The ability to obtain quantitative data from PET studies has led to an increase in its use in drug discovery. The comparability of results of bio distribution studies across a population of patients in multiple clinical sites using imaging data acquired with different scanners and analyzed with different algorithms requires the data to be linked to a common standard to reliably draw conclusions about differences in patient response. Moreover, the ability to discern small changes in tumor metabolism during a course of treatment can be realized only if there is a way to ensure that the calibrations of all the associated measurement instrumentation (e.g., activity calibrators, commonly known as dose calibrators, and PET scanners) are constant over time. In such an approach, imaging is performed at different times and in a certain number, in order to achieve the values that are expected to be an indicator of disease activity. Institutes of Standards and Technology are the metrology institutes in different countries which are responsible for the development and dissemination of standards of all physical quantities, including radioactivity. Measurement standards are generally designated as primary if their measurements are made with techniques that do not require the use of any other standards to arrive at an activity value. In contrast, secondary standards are obtained when a measured activity value relies on the use of a primary standard as a calibration, such as in the case of an activity calibrator. The data from these types of trials are typically acquired with large numbers of patients, using different models of PET–CT scanners from different vendors. The images are reconstructed using proprietary algorithms and are analyzed using a variety of software tools. Because of this, there is usually a large amount of variability in the data. The origins of this variability can be coarsely categorized as those arising from biological effects, the measurement of which is usually the goal of the trial, and those originating from instrumental factors. The successful extraction of the true biological response therefore requires a deep understanding of the components of measurement variability due to instrumental factors. Other contributors, such as the approaches taken by the vendors in reconstructing and correcting the data for scatter, attenuation, and other effects, and by the methods and software used to extract the numerical data from the resulting images, also need to be completely understood and controlled in order to draw meaningful conclusions about the effectiveness of a drug. This can be accomplished if the data are able to be normalized using a common reference standard that allows much of the instrumental variability to be minimized. This requires long-lived PET phantoms to be available to all sites throughout the entire study so that they can be scanned on a regular basis throughout the trial. Moreover, the activity content in all the phantoms needs to be linked to the same standard so that the data from the different sites can be properly compared. That standard in turn needs to be traceable to the same standard used to calibrate the instrumentation which is used to measure the dosages of the drug being administered to ensure that every measurement in the imaging process is linked.

Germanium-68 cylindrical phantom under the brand name of PARS_PET Phantom is manufactured for purposes mentioned above and with all the mentioned standards by Iranian specialists in Pars Isotope Company. After passing control and guarantee approvals, this product is sent to nuclear medicine centers for calibrating PET imaging systems.